The long fall of the US stock indices was interrupted yesterday by a powerful rebound: on the eve of the Fed Chairman’s speech, the bears covered the shorts, reducing risks. They did the same before the previous speech by Jerome Powell — it only helped further collapse. How will this event affect AMZN stock price today?

The U.S. stock market has been literally living from one speech by Fed Chairman Jerome Powell to the next lately. But if, after his speech on August 26, stocks fell at short intervals until yesterday, the result of the press conference on July 27was, on the contrary, a “bearish rally”. On that day the interest rate was raised, and Jerome Powell talked about policy tightening. But the market wanted to hear something “dovish” in the “hawkish” speech — and it did.

This was no exception to the rule: this year, after all four rate hikes followed by the Fed head’s speeches, there was a rise in stocks. Such a tradition was already beginning to off regulator officials. Not coincidentally, when Jerome Powell did manage to crash the market in August, Minneapolis Fed President Neel Kashkari loudly announced that he was “really happy. It remains to be seen how this will affect MSFT stock prices today, as well as stocks of other companies.

A rising stock market in a country whose households still owned about $60 trillion worth of securities at the beginning of the year is easing financial conditions. And the Fed needs to tighten them in the fight against inflation. It is especially interested in reducing stocks — they account for more than two-thirds of Americans’ investments in securities. And the Fed’s hawkish statements have been successful in scaring away the bulls for three weeks in a row. But yesterday there was a loud misfire.

Fed Vice Chair Lael Brainard, like previous speakers, reiterated that the regulator would do everything it could to suppress inflation. But in this hawkish speech, she also mentioned the risks of going too far with policy tightening. And the market, as it had with Jerome Powell before, focused on that particular point in her speech.

Accelerating the rise in indices

The indices, which were already in the plus zone after another failed attempt to get above the support level of 3900 points on the S&P 500, gained more momentum. As a result, it was the best day in nearly a month for the market since August 10, when a bearish rally was in full swing and officials’ “hawkish” statements were just as well ignored.

The latter thus broke a rare streak of seven consecutive days of decline. The 10-year U.S. Treasury yield fell to 3.252% from the three-month highs reached earlier (3.361%). This will also have an impact on MSFT after hours stock prices.

How is the market reacting to what is going on?

The bears actively participated in these moves, covering the shorts. After all, Jerome Powell is due to have another speech before the U.S. opens today. And while last time he helped the downside game a lot, the Fed head also managed to rally by accident. And the market has already shown its mood by reaction to the vice-president’s speech. 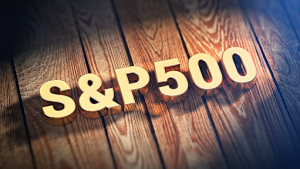 So, as well as before the August speech of the chair of FRS, bears preferred to reduce the taken risks, having fixed profit from the previous movement down. The Goldman Sachs-tracked basket of stocks with the largest share of shorts jumped 4.4%, more than tripling yesterday’s Dow Jones Industrial Average result.

But it’s not as good a situation for upside players as it might seem. If Jerome Powell will be able to bring the bulls into a real scare this time, too, who knows. But he’s perfectly capable of giving it a good shot. And in August, the bears’ ability to go short was what really pushed the stock market over the edge after the shorts were covered. Stay tuned to Letizo news for more current news.

Difference between growth and development