How to learn Japanese? 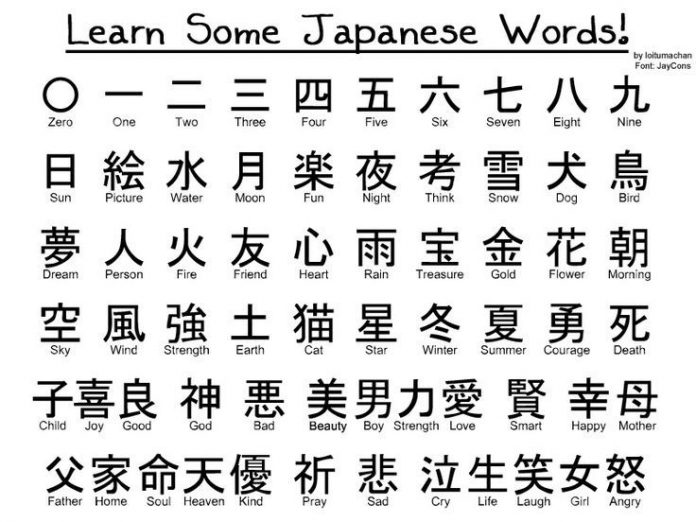 Tips for learning Japanese: from the beginning and beyond

Tips for learning Japanese? Yes, please!” Even more so if we are talking about one of the most challenging languages ​​in the world (I wish it were a lotus flower path, but here it is not). Many of those who decide to learn it drop out mid-way fed up with many Kanjis, Hiraganas, and Katakanas. Others continue even though it is a challenge worthy of Her Majesty’s best 007 agents. However, despite everything, if one follows a good line of learning, it doesn’t have to complicate things so much… How to learn Japanese from scratch then? Let’s get to the heart of the matter.

Certainly much more straightforward than written Japanese. Listen and learn to pronounce your consonants and vowels by repeating the words out loud, especially those of the most common use. You have to consider that this language has only five vowels, whose sound is very similar to their respective ones in the English language. Once you have some practice, it will be time to move on to the second level.

In this sense, we usually recommend watching Japanese movies with Japanese subtitles. But since we assume that you have just started with this language, it would be better than that you download one of the many applications to learn languages ​​from your mobile and listen and learn words one by one.

Hiragana (平 仮 名 or ひ ら が な) is one of the two syllabaries used in the Japanese language (along with Katakana, which we will go for later) and represents mainly syllables and vowels, thanks to which any sound can be written in this language. Sounds that we will have already learned in Level 1. On the other hand, it is also used in the endings of verbs and adjectives and for propositions and particles.

The 46 characters of Hiragana are straightforward, so learning them shouldn’t take long.

Japanese syllabary (片 仮 名 or カ タ カ ナ) (also 46 characters) used mainly for foreign words and onomatopoeia. Every sound in Hiragana has its equivalent in Katakana, so having already learned the first will cost you less to assimilate the second. Have you already memorized both? Well. Well, now practice with them both writing and reading. Although if it is about this Japanese alphabet, the article that we have just left you is going to come in handy

Now that you have specific knowledge of Japanese, you should begin to learn the most common manifestations of this language and its pronouns, particular vocabulary (mainly verbs), qualifying adjectives, and demonstrative adjectives. Little by little, yes. They will be of great help for the following levels since things will get a bit complicated …

How to learn these? At this point where we are, we recommend learning them within a context and not loose. For example, read a book in Japanese or watch an anime and learn the words that the protagonists are saying. And no lists of words to be memorized one by one without any order or concert. For instance

Nouns, adjectives, and verb tenses finally make their appearance. Luckily, if you have passed the previous level, it will be much easier for you. We are not saying that you have to learn Japanese grammar from cover to cover at this level, but rather acquire a fundamental level. For example, knowing that the sentence structure in this language is ‘subject-object-verb.

Level 6. The subject gets difficult: Kanjis:

The great fears of the Japanese, very similar by the way to Chinese characters (here, you will find a few tricks to differentiate Japanese from Chinese and Korean ). Kanji are characters that represent concepts and ideas in themselves and are essential for mastering Japanese.

There are officially more than 1,900 kanjis, but don’t worry: you don’t have to learn them all (just as you wouldn’t be able to recite the Spanish dictionary by heart). To give you an idea, a person can reach the intermediate level when he knows 300 kanji. But let’s take it easy.

We recommend that you first learn the radicals and their meanings since later they will help you memorize new kanjis. In total, there are 214, so you already have a task ahead of you. Once you know how to recognize them all, we advise you to continue with the most common kanjis and those that pertain to topics of interest to you.

As suggested, the method to teach them that convinces us the most is following the JLPT (Japanese Language Proficiency Test) or Noken. That is the official Japanese exam. This exam has five levels, the fifth being the most suitable for beginners. You can find information about him on the internet, and the tests carried out, which would be good to practice.

Level 7. And the remaining tips for learning Japanese:

We intended to continue (to infinity and beyond!) But we have reconsidered and decided to leave it at this point . Because honestly: this looked more and more like a horror novel … And scare you is not the goal. There are many more aspects to deal with about this language: Keigo and Kenjougo (very formal and humble formal), colloquialisms and abbreviations, onomatopoeia, many more Kanjis, much more vocabulary … But we will leave them for the following chapters. So please don’t lose your connection to our blog!

Seven levels that will bring you headlong when it comes to learning Japanese. However, every effort has its reward. And it is that Japanese is a language of great importance : the ninth most spoken language in the world, 130 million speakers, highly valued by companies. For this reason, we recommend that you take a look at the following search engine for Japanese courses, where you can find the one that is taught closer to your home, the cheapest in the city, with methods to study Japanese that are to your liking or the one that has better opinions (or all together, that being exquisite in this subject always comes in handy). That it is a language which is better to learn with the help of professors and teachers. That way at least it will be much less complicated for you!

Also read: how to remove blackheads from nose